Tulsi Kumar Dua (born 15 March 1986) is an Indian playback singer, RJ and host who works in the Bollywood industry. She was born to businessman, film producer and the founder of T-SeriesGulshan Kumar and Sudesh Kumari. She has two siblings, Khushali Kumar and Bhushan Kumar.[2]. She is married to Hitesh Ralhan since 2015 with whom she has a son named Shivaay Ralhan.

In 2009, her debut album, Love ho Jaaye, was released. Along with the album, Kumar made a music video for the title track. Her song 'Mujhe Teri' from the movie Paathshaala and 'Tum Jo Aaye' from Once Upon a Time in Mumbai became hits. She has worked with Guru Randhawa, Himesh Reshammiya, Pritam, Anu Malik, Amaal Mallik, Mithoon, Jeet Ganguly, Arko Pravo Mukherjee, Meet Bros, and Sajid-Wajid, among others.

She sang the song 'Mainu Ishq Da Lagya Rog' in 2015, through which her sister Khushali Kumar made her screen debut. It is a recreated version of the original song from the movie Dil Hai Ke Manta Nahin.

In May 2020, Kumar released a song during lockdown named Tere Naal along with Darshan Raval. Later She came up with a romantic ballad Naam along with Millind Gaba which won many hearts. In October she released another pop rock romantic song Tanhaai which featured Zain Imam which again has won millions of hearts.

Tulsi Kumar was born as Tulsi Kumar Dua on 15 March 1986 in a Punjabi Hindu family to businessmanGulshan Kumar and Sudesh Kumari.[5] She married Hitesh Ralhan on 18 February 2015 in New Delhi.[6]Divya Khosla Kumar is Tulsi's sister-in-law. She is the daughter of the founder of T-Series, giving her immediate access to India's biggest record label. On 24 December 2017, Tulsi gave birth to a son who was named Shivaay Ralhan.[7] 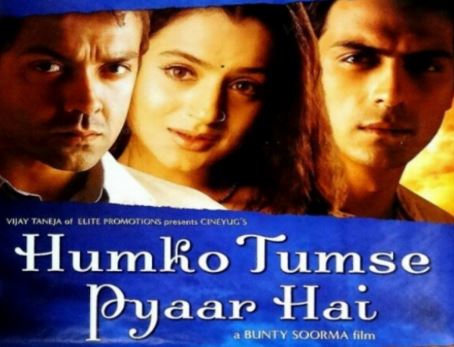