Spoiler-free Synopsis: Early on, Lara realizes that her mother was not transported to Avalon after all, but to the Norse underworld, Helheim. In order to enter that realm she must obtain a powerful artifact: the thunder god Thor's hammer, Mjolnir. As the travels the globe seeking clues to the hammer's location, Lara discovers connections between the underworld myths of various cultures. The Hindu Bhogavati, the Mayan Xibalba, the Norse Niflheim, Valhalla and Helheim all have real-world counterparts, and Lara must brave the hazards of each location so that she might find the hammer and, ultimately, the truth.

Lara's old rivalry with Amanda Evert, left unresolved at the end of Legend, figures prominently in the Underworld plot. Lara's friends and helpers, Zip, Alister and Winston, return as well. There's even some unfinished business from the games' early days.

What's New Since Legend/Anniversary: The weapons, health and inventory systems are a little different from past games. These are covered in detail on the Underworld Controls and Gameplay Tips page. A few points of interest:

Saving Your Game: All versions have checkpoints. That is, the game autosaves at various spots throughout each level. You can also save manually at any time; however, when Lara dies, or you reload a save you've made, the game resumes at the previous checkpoint. (See Controls & Gameplay.) Windows/Macintosh, PS3 and Wii savegame files are available in case you make a bad save, want to skip a level, etc. Starting a new game can be tricky since the game 'remembers' which treasures and relics you found. Follow this link for how to start a new Tomb Raider: Underworld game.

Rewards & Unlockable Content: The reward system is similar to Legend and Anniversary, except that the special items—or 'secrets' as they were known in previous games—are called Treasures and Relics. Some are in plain sight, some are hidden in obscure places, and a few require exceptional dexterity or ingenuity to obtain.

There are 179 treasures and only six relics in the entire game. Finding treasures unlocks various bonuses (i.e., concept artwork and, if you're playing the Xbox or PS3 game, certain achievements or trophies). Relics are actually useful, as they heal Lara completely and increase her maximum health. Finding all six of them effectively doubles Lara's health bar. (The Wii and PS2 games include fewer treasures and no relics.)

Bonus Levels: Two expansion levels for Tomb Raider: Underworld, 'Beneath the Ashes' and 'Lara's Shadow,' are available exclusively for the Xbox 360 and Xbox One through Xbox LIVE Marketplace. These levels can also be purchased and played on Xbox One via backward compatibility. (My walkthroughs are linked below.)

Cheat Codes: There are only a few cheats available. Check the Underworld Cheats page for details.

Costumes, Skins & Modding: The Windows, Mac, PS3 and Xbox game gives players a choice of two or three different outfits for Lara at the beginning of most levels. There are eight outfits in all (some appear in multiple levels), along with a swimsuit, which is unlocked when you beat the game. The Underworld Outfits and Rewards pages have details.

Several downloadable costume packs are available for the Xbox 360 and Xbox One game through the Xbox LIVE Marketplace.

PC players can also download and create their own custom outfits using various texture editing tools. I don't cover modding on this site, but Tomb Raider HUB and tombraiderforums.com are good places to start if you're interested.

Xbox 360 Achievements & PlayStation 3 Trophies: Some achievements and trophies are covered in the walkthrough; some are not. Follow these links for printable achievement and trophy checklists and links to sites with achievement/trophy help.

*When Underworld was released, Windows Vista was current. The game should run under Windows 7 with no problems. I've heard of some issues with Windows 8, however, so you may want to try the Underworld demo first and/or seek tech support.

Check your PC specs against the game's required and recommended specs with the easy-to-use tool at System Requirements Lab.

Controls in Underworld are similar to Legend and Anniversary but quite different from the classic games. I encourage you to check out the Controls & Gameplay page. It includes pointers on moving Lara through her environment, controlling the camera, conserving health and ammo, using the menu and inventory systems, saving the game, and more.

See this page for IMPORTANT BUG WARNINGS with minimal spoilers.

IMPORTANT: There are several distinct versions of the game. The Windows, Macintosh, PlayStation 3 and Xbox 360/Xbox One versions are virtually identical and are covered in one walkthrough. The Nintendo Wii and PlayStation 2 versions each have separate guides. Be sure to click the correct links for the version you're playing in the list of levels below. The mobile phone and Nintendo DS game are covered in separate sections.

Part 1: The Path to Avalon(PC/Mac/PS3/XboxWiiPS2)

Part 5: Realm of the Dead(PC/Mac/PS3/XboxWiiPS2)

Part 4: A Puppet No Longer(PC/Mac/PS3/XboxWiiPS2)

Part 4: Land of the Dead(PC/Mac/PS3/XboxWiiPS2)

*There is no 'Midgard Serpent' chapter in the Wii or PS2 game.
These areas are included in the 'Land of the Dead' chapter.

Part 1: Gate of the Dead(PC/Mac/PS3/XboxWiiPS2) 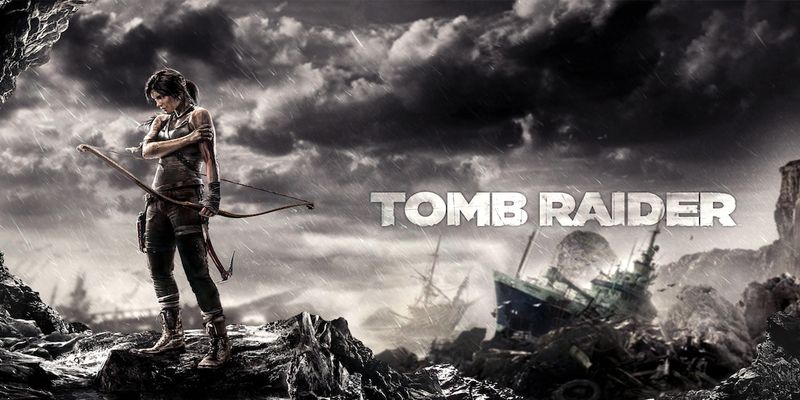 **There is no 'Helheim' chapter in the PS2 game.

Some screenshots courtesy of fuzzycroft.